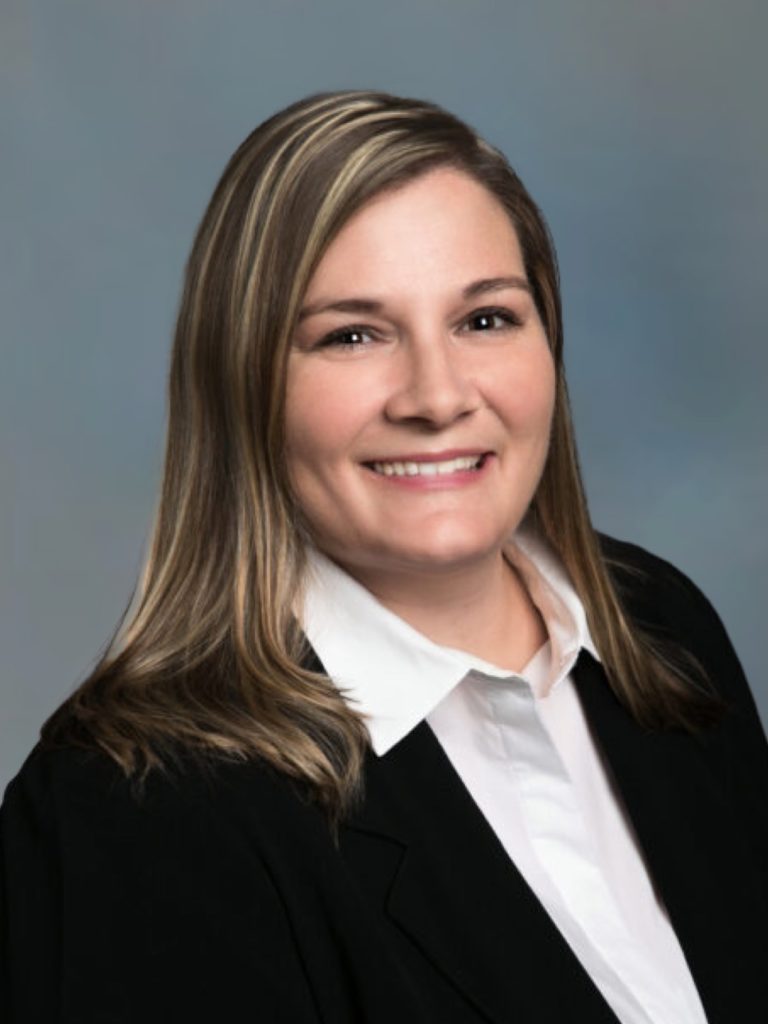 Graduating from York College of Pennsylvania in 2002 with a Bachelor’s Degree in Sports Management, Erin began her career in the sports industry interning with the United States Naval Academy but quickly found her path with S.A.F.E. Management in July 2003.  She has spent the last 17 years in various roles with-in S.A.F.E. Management and most recently was named Vice President of Business Administration.

Throughout her tenure, Erin has excelled in all administrative aspects of S.A.F.E. Management’s business.  She has developed and implemented many different programs and Human Resource management strategies including payroll, recruiting, and hiring practices with-in each of our entities.  In addition, Erin has developed uniformity and streamlined S.A.F.E.’s bookkeeping processes.

Erin’s career with S.A.F.E. Management started in our Michigan operation as the Office & Event Coordinator.  In two short years, she was promoted to Director of Events & Staffing and relocated to the Jacksonville, Florida office in February of 2005.  She began to expand her event operations role by becoming intricately involved in the management of various events from NFL football games to concerts and arena shows.  She also took over responsibility for all financial aspects of the Jacksonville operation including invoicing, accounts payable and accounts receivable.   In the spring of 2006, Erin was named the Director of Operations and became responsible for the entire overall operation.  She began working directly with all Florida clients on budget development and application, event management, development of security plans and implementation of guest service programs.

In May of 2012, Erin’s role was expanded in order to use her quickly developing skills to assist all S.A.F.E. entities on an administrative level.  One of her main contributions is assisting in the development and management of all Super Bowl expense and staffing budgets.  She works closely with her S.A.F.E. counterparts to ensure adequate operational levels as well as strict adherence to proposed costs.  Additionally, see oversees the timekeeping and auditing process to ensure timely and accurate reporting on both the accounting side and the payroll side. In October of 2017, Erin was named the Vice President of Business Administration.  She now manages all administrative aspects of S.A.F.E.’s seven entities including accounting and payroll. Additionally, Erin works closely with each of S.A.F.E.’s entities to ensure strict adherence to process and procedure. Her leadership and knowledge is a valuable resource for all S.A.F.E. offices.

Erin resides in Jacksonville, Florida with her husband Darren and their son, Trey and daughter, Savannah.