…is devoted to delivering quality over quanity. 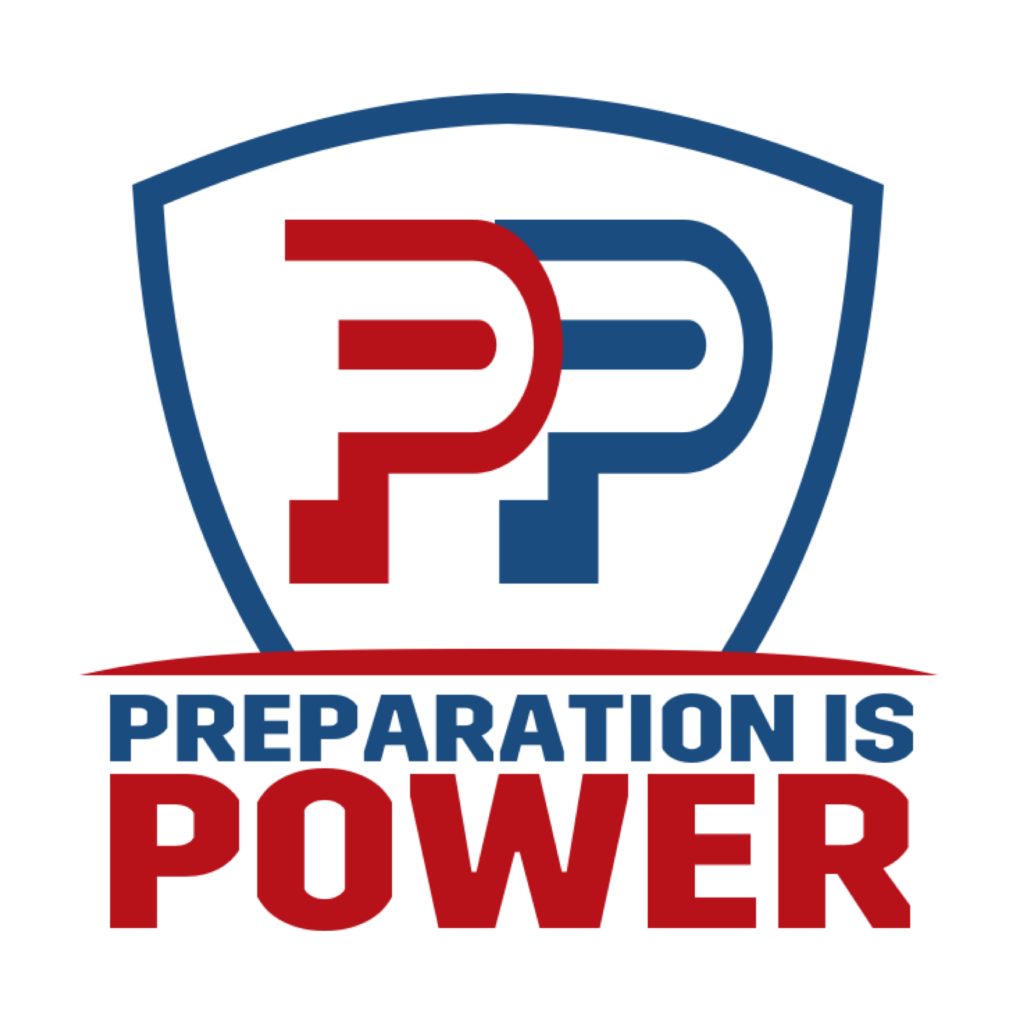 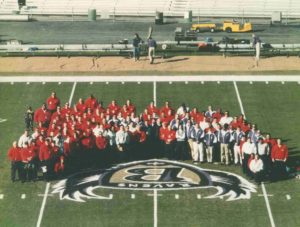 During the 1994 and 1995 seasons, S.A.F.E. was established after agreeing to provide consulting services to the Baltimore Stallions Football Club of the Canadian Football League. In 1995, S.A.F.E. was awarded a large facility contract responsible for providing ticket takers, ushers, event security, and game day and post-game stadium clean-up personnel.  S.A.F.E. staffed, trained, and managed approximately 200 game day personnel, in addition to 60 post-game housekeepers. 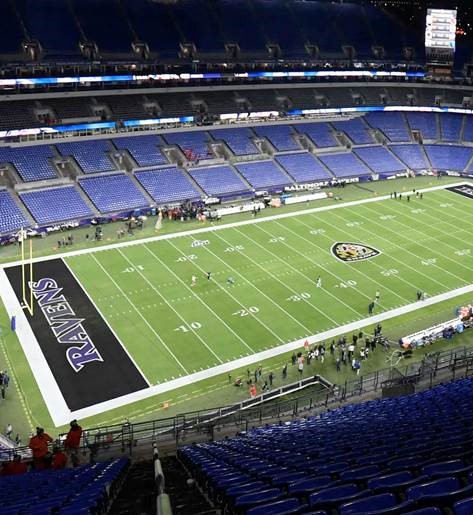 In the spring of 1996, with the swift departure of the Stallions and the return of a National Football League team to Baltimore, S.A.F.E. agreed to a one-year guest service, event security and crowd management contract with the new Baltimore Ravens.  The contract included six weeks of training camp at Western Maryland College (McDaniel College) in Westminster, Maryland, and exclusive game day guest services, event security and crowd management at Memorial Stadium.

The Ravens awarded S.A.F.E the contract on June 5, 1996, and by July 15th S.A.F.E. had trained staff working around-the-clock at training camp.  By the fourth game of the season (preseason inclusive) at Memorial Stadium, S.A.F.E. was providing 450 staff and on December 19, 1996, four days prior to the last game of the 1996 season, the Ravens organization awarded S.A.F.E. a two-year agreement.

This allowed S.A.F.E. the privilege to end an era in Memorial Stadium and begin a new tradition at one of the finest football facilities in the country, PSINet Stadium (now known as M&T Bank Stadium). S.A.F.E. has been the only stadium partner to remain with the Baltimore Ravens since their move from Cleveland. 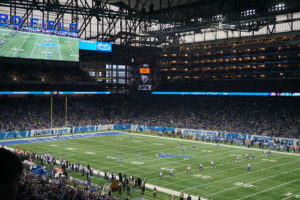 In April of 2002, S.A.F.E. acquired a three-year agreement for guest services, event security and crowd management at the newly-built five hundred million dollar Ford Field facility in Detroit, Michigan.  Using the experience gained through working with the Baltimore Stallions and the Baltimore Ravens, S.A.F.E. successfully recruited, interviewed, hired, and trained team members to serve as greeters, hosts/hostesses, guest services personnel, field and locker room security, and press box attendants for the Detroit Lions’ inaugural season at Ford Field.  In addition to event staffing for game day at Ford Field, S.A.F.E. manages Ford Field’s 24-hour security team and the Lions’ practice facility at Allen Park in Dearborn, Michigan. S.A.F.E also supports all special events held at Ford Field, which has included major events such as the Rolling Stones concert in October 2002, the Eminem back-to-back concert series in July 2003, “The BasketBowl – Hoops on the 50” (Michigan State University vs. University of Kentucky basketball game) in December 2003, the annual Kenny Chesney concert, Wrestlemania 23 in April of 2007, the NCAA Division I Men’s Regional Basketball Tournament in March of 2008, Madonna – Stick & Sweet Tour in 2008, the NCAA Frozen Four in 2010, the PBR-Professional Bull Riders “The Last Cowboy Standing” in 2012, and most recently Taylor Swift – The Red Tour.

In April of 2003, S.A.F.E. agreed to a three-year agreement with SMG in Jacksonville, Florida for guest service operations at Jacksonville Municipal Stadium (now known as EverBank Field) and the newly constructed Jacksonville Veteran’s Memorial Arena.  S.A.F.E assumed ticket scanning, ushering, and all guest service responsibilities. After successfully establishing ourselves in a short period of time at EverBank Field for the Jaguars season, S.A.F.E. played a large role in the successful opening of the Jacksonville Veteran’s Memorial Arena.  SMG hired S.A.F.E. to not only provide guest service staffing for the arena, but also to develop and provide training for all S.A.F.E. partners involved with operations including food and beverage, parking, housekeeping and security.

In June of 2004, in our second year of operation in Florida, S.A.F.E. leveraged the success in Jacksonville with an award for guest services in Gainesville. After the University of Florida had a firsthand experience with S.A.F.E during the 2003 Florida vs. Georgia football classic at Jacksonville Municipal Stadium, the University established an agreement with S.A.F.E for an upgrade to their “premium guest” area of Ben Hill Griffin Stadium.  During the 2004 season at the “Swamp”, S.A.F.E. was responsible for guest service operations at the newly constructed West Sky Box and premium seating area. After completion of the 2004 season, the University placed the total crowd management contract out for bid. S.A.F.E Management was successful in gaining all work that we proposed which included ushers in the seating bowl, the Touchdown Club and the West Sky Box.  S.A.F.E. staffs an average of 225 personnel for all Gator Football games, in addition to requested men’s basketball and baseball games. 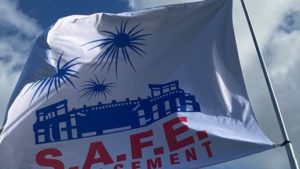 During January and February of 2005, S.A.F.E. achieved one of the highest recognitions possible in the Crowd Management industry by being selected by the National Football League to represent them in providing game day guest services (ushers, ticket takers, etc.) for 79,000 guests of EverBank Field at Super Bowl XXXIX.  S.A.F.E. was the first crowd management company in over twenty five years to come to an agreement directly with the NFL to represent them during a Super Bowl event.  S.A.F.E. staffed, managed and trained a staff of 800 for this world renowned event.  In addition to providing services during the game, S.A.F.E. also provided round-the-clock security for the Media Center located at the Prime F. Osborn III Convention Center during the ten days leading up to and through Super Bowl XXXIX.

In March of 2006, S.A.F.E. proposed and was awarded an exclusive three-year agreement with Global Spectrum at University of Phoenix Stadium in Glendale, Arizona for event/game day guest services, event security and crowd management, as well as the 24/7 facility security.  As a multi-purpose facility, University of Phoenix Stadium is home to the Arizona Cardinals, Fiesta Bowl, 2007 & 2011 BCS Championship game, Super Bowl XLII, and Super Bowl XLIX as well as numerous concerts, expos, trade shows, automotive sports and various sporting events.  During the inaugural year, S.A.F.E. recruited, hired and trained in excess of 1,500 staff while security licensing more than 750 of those staff through the Arizona Department of Public Safety.  S.A.F.E. routinely staffs more than 900 staff for major events held at University of Phoenix Stadium with more than 300 of those staff security licensed.

Since Super Bowl XL in Detroit (2006) S.A.F.E. has represented the National Football League for total pre event, game day and post event security. We have averaged recruiting and training in excess of 5,000 staff and work approximately 2,700 guest service and event security team members in various facilities for game day. Our current agreement with the league extends through 2015 for Super Bowl XLIX at the University of Phoenix Stadium in Glendale, Arizona.

In March of 2013, S.A.F.E. finally had the opportunity to propose not only the guest service staffing, but also the event security staffing to SMG at EverBank Field in Jacksonville. S.A.F.E. proposed and was awarded an exclusive agreement with SMG at EverBank Field. In addition to previously providing the event/game day guest services, S.A.F.E. now provides the event security and crowd management services in all facilities operated by SMG in the Jacksonville market.

In the Summer of 2015, S.A.F.E. entered into an agreement with the Washington Redskins to provide guest service and pedestrian control personnel in the parking lots of FedEx Field. S.A.F.E. provided approximately 85 specialized personnel to ensure that guests receive the highest level of service and safety on their way into and out of the stadium.

In the Winter of 2015, S.A.F.E. expanded its operation in the Michigan market to The Palace of Auburn Hills. Under the direction of Palace Sports and Entertainment, S.A.F.E. was contracted to provide event security personnel to operate the walk through Magnetometers for all Detroit Piston basketball games. As the winter went on this operation expanded outside of just NBA basketball games and now includes numerous concerts and events at The Palace.

In the Spring of 2016, S.A.F.E. built upon its relationship with Palace Sports and Entertainment and now provides event security personnel within many of Michigan’s premier entertainment venues including, DTE Energy Music Theatre, Meadow Brook Amphitheatre and Freedom Hill.

In the Spring of 2016, S.A.F.E. continued to expand its Michigan operation to Ann Arbor and partnered with the University of Michigan to provide event security for campus sporting events including home football games and major events like the Chelsea vs. Real Madrid game. The Wolverines play at Michigan Stadium, nicknamed “The Big House”, which is the largest stadium in the United States, the second largest stadium in the world and the 34th largest sports venue. Its official capacity is 107,601, but it has hosted crowds in excess of 115,000. S.A.F.E. is proud to have partnered with such a prestigious stadium and University and is excited to start a partnership that we believe will last far into the future. 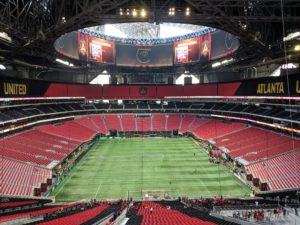 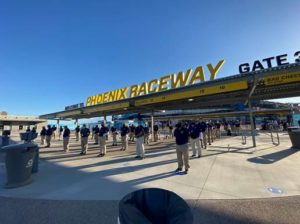 In October of 2018, S.A.F.E. Management of Arizona signed a new 24/7 Security partnership with ISM Raceway in Avondale, Arizona. In addition to the 24/7 security, SAFE will also provide all crowd management staffing for NASCAR events.

Starting in 2019, S.A.F.E. Management of Arizona entered into a partnership with Salt River Fields in Scottsdale, Arizona. Salt River Fields (SRF) is the Spring Training home to the Arizona Diamondbacks and Colorado Rockies. SRF is host to numerous events throughout the year like the AZ Taco Festival, Spooktacular Balloon Festival, AZ Barrels, Bottles & Brews, Mac and Cheese Fest, Russo and Steele Auto Auction, and much more.

Additionally, in 2019 after more than a year of intense work, S.A.F.E. is excited to announce that it has received SAFETY ACT Designation by the U.S. Department of Homeland Security. This designation solidifies S.A.F.E. as one of the leaders in the Event Security and 24/7 Security industry and we are excited to continue to serve each client with the care and attention that we consistently provide. 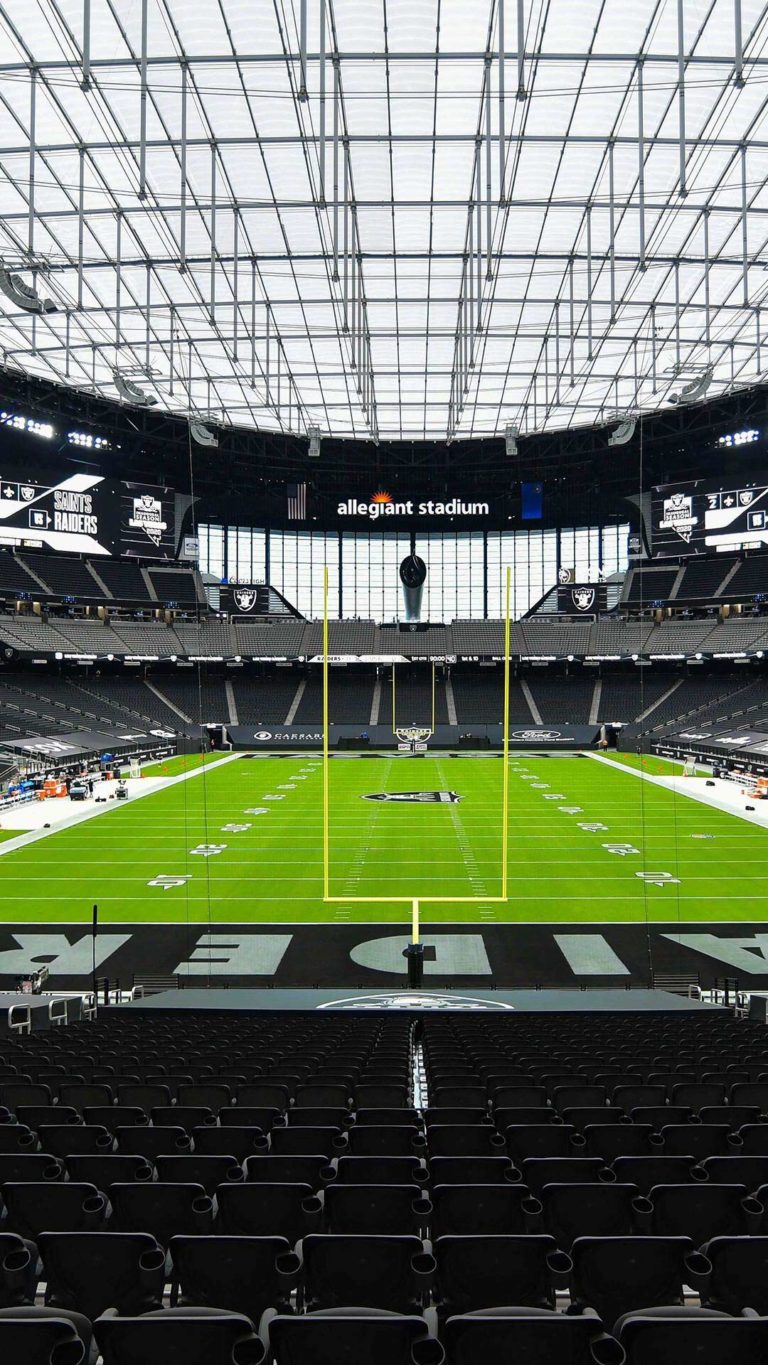 S.A.F.E. Management (NV PILB Lic #2731) has officially partnered with ASM Global in Las Vegas, Nevada to supply all Event Security and Guest Services staffing at Allegiant Stadium. The stadium will be home to the Las Vegas Raiders along with the University of Las Vegas Rebels football team. This project will be led by Jeff Crytzer, who has previously been in Jacksonville, Florida with S.A.F.E. for the past five years overseeing and assisting the companies North Florida branch. Jeff will report to the Western Regional Manager, Dan Tumminello along with the companies Vice President of Operations Blake Barisich.